“They bring a level of expertise and excellence to the recruitment process that very few firms can match.” – Morrison Foerster

“Nick is a thoughtful and responsive professional and I give him my unqualified recommendation. His dedication to quality service was clear in every interaction we had, from the beginning of my search through my starting at a new firm.”

“I have had the distinct pleasure to work with Nick as both a candidate and a client. His knowledge of the market and vast network of connections are second to none and one of the several reasons I look nowhere else for my hiring needs.”

“Edgewater provides world class service for our lateral needs. I’ve worked with Nick for years – there is perhaps no one I trust more in helping us locate compatible matches for our firm.”

“Nick is very knowledgeable, practical and responsive. I needed to relocate, and Nick's advice and help were invaluable to me in identifying the best lateral opportunity.”

For Attorneys For Employers

Engagement with a Difference

When I met Nick, I was in my 13th year at my original firm and candidly had no intentions of ever leaving. But he nevertheless took the time to understand my career objectives very well and convinced me to take a call with his client, which has since transformed my practice. I got to know Nick throughout the process – he is an exceptional advisor and a consummate professional. He never applied undue pressure and was always available to counsel me at every stage. I am extremely happy with my new firm and would recommend Edgewater without hesitation.

I have known Nick for years and there is a reason I've maintained a relationship with him throughout my career: he is unequivocally among the best advisers in the market. The combination of relationships, intelligence, and responsiveness he brings to the process is extremely rare. Beyond that, he’s a genuinely good guy who earnestly cares about his candidates and that comes through in every interaction. Nick has become more than an adviser to me - he's also a friend. When it came time to make a move, he’s the only representative I called.

Nick is a fantastic recruiter and I recommend him very highly based on personal experience. He has a deep understanding of the legal market, really listens to candidates’ concerns and presents thoughtful, actionable ideas. He understands the time pressures that lawyers deal with and was always available to offer focused, informed advice at the right time. You are in great hands with Nick!

Nick is a thoughtful and responsive professional and I give him my  unqualified recommendation. His dedication to quality service was  clear in every interaction we had, from the beginning of my search  through my starting at a new firm. Most importantly, Nick offered reliable advice honed through deep knowledge of his market.

I’ve known Nick for several years, and his responsiveness and results have been fantastic. He scours the market to help with searches, and where other recruiters failed to bring or brought less than qualified candidates, he has succeeded in not only identifying, but successfully placing high quality attorneys - including under time sensitive searches - in an exceedingly competitive market for talent.He’s calm, bright, and a great listener, and his knowledge of (and not just the Bay Area or California) the applicable legal market is outstanding. As a lawyer himself, Nick understands and is able to articulate opportunities to his recruits in detail, and in turn explain to the employer why and how the candidate fits the applicable profile. There is no hesitation on my part in heartily recommending Nick as a legal recruiter – he is, quite simply, excellent at what he does.

Nick is a remarkably skilled recruiter. Where other recruiters tried to throw me everything under the sun, Nick instead spent time to get to know me and understand both my practice and personal goals. He provided me with purposeful advice and was very responsive. I could not be happier with the result – I recommend him wholeheartedly to anyone looking to explore the market.

Nick is superb. He listened carefully to both the recruiting law firm and to me to ensure that it would be a good fit. No time was wasted on extraneous interviews. That was a huge benefit when interviewing on top of an already busy work schedule.

I have had the distinct pleasure to work with Nick as both a candidate and a client. His knowledge of the market and vast network of connections are second to none and one of the several reasons I look nowhere else for my hiring needs. Most important, he always acts with integrity – it is evident in every interaction that he genuinely cares about helping the lawyers and firms he works with succeed, even when that means advising both sides to wait for a better match.

Nick is very knowledgeable, practical and responsive. I needed to relocate, and Nick’s advice and help were invaluable to me in identifying the best lateral opportunity.

Edgewater provides comprehensive, trustworthy and reliable service when navigating the legal market. Nick, in particular, was instrumental in helping facilitate a challenging and particularly long process for me to relocate from New York to the West Coast. Throughout the process, he was a tremendous resource, providing sound advice and counseling at every turn. Most importantly, he was consistently forthcoming and transparent about potential employers, and he always elevated my interest above his own. As Nick put it, the most important thing is to a build long term relationship and do what’s best for the candidate. He continues to be a close confidant and friend. I’ve referred some of my closest colleagues who needed advice to Nick – he’s tremendous.

Edgewater is one of the best firms in the business. They take time to understand our culture and bring a level of expertise and excellence to the recruitment process that very few firms can match. I’ve known Nick, in particular, for several years and can say with confidence he is my most trusted advisor in the market.

It is a pleasure to work with Nick and I highly recommend him to anyone looking for a recruiter. He is extremely responsive, reliable, and professional. In addition, he is very knowledgeable about the legal market and well connected in the legal community. Nick was very helpful during the whole transition process, and I am so grateful for his excellent advice.

Nick was great at helping me through my job search process. He was detail oriented and worked to find positions that met my criteria. He also helped by providing guidance throughout the interview process.

I have been in touch with Nick for several years as I have transitioned between both jobs and cities. Nick has given thoughtful, tailored advice as my goals have changed over time; he has been an enthusiastic and reliable advocate for as long as I have worked with him. Highly recommend Nick for market insights, strategic guidance, and stress-relieving chats!

Edgewater provides world class service for our lateral needs. I’ve worked with Nick for years – there is perhaps no one I trust more in helping us locate compatible matches for our firm. He is honest, reliable, and his finger is squarely on the pulse of the lateral placement market in California. He takes the time to understand his clients’ needs and consistently presents quality talent.

Nick was great to work with — knowledgeable about the process, industry, and firms in both Northern and Southern California. He was on top of new opportunities as they became available, set up a great slate of interviews, followed up, and was responsive throughout. 10/10 would buy again. Thanks Nick.

Nick Goseland was terrific to work with. I really appreciated his expertise, dedication and insightful advice as I was looking into making a lateral move. If you're looking for a recruiter who will really listen and help you find the job that's the right fit for you, I highly recommend Nick!

Nick helped me make a very difficult change, moving from San Francisco to London. Despite being based in SF, Nick facilitated a number of interviews for me at top firms in London and I ended up with a number of excellent options. He was always on top of things, smoothly handled every aspect of my interaction with the firms and helped keep me patient when the lateral market was slow during my search. Most importantly Nick was an extremely nice person to work with, which I think is an underrated and sometimes rare quality in this industry.

Working with Nick was a great experience- he was thoughtful, highly responsive, and always available. He kept me well-apprised of the situation at each stage of the recruitment process and kept me informed regarding a variety of opportunities.

Nick is the best recruiter I've run across in my five years in the legal industry. He's a pleasure to work with, and very responsive, friendly, "chill", and effective. He very often was the first to call me with new job posts and only moved forward with opportunities I felt comfortable with. He stayed on the line when I was having difficulties with a phone interview, and even solicited feedback for me to better my interviewing skills. I would not hesitate to hire Nick again or recommend him for any recruiting needs.

As part of our efforts to give back, Edgewater donates 5% of all profits-after-tax to charitable organizations selected by our clients and candidates. Please feel free to inquire about the list of organizations we have supported.

Our Connections, Your Success

Fill out the below form to ask anything from us

“It is evident in every interaction that Nick genuinely cares about helping the lawyers and firms he works with succeed, even when that means advising both sides to wait for a better match.” – Jamal Al-Haj, Partner, Maynard Cooper

At Edgewater, we prioritize confidentiality and deliver unmatched market knowledge and connections, giving our candidates total control and visibility over their career transitions.

Our Talent is Finding Yours

“There is perhaps no one I trust more in helping us locate compatible matches for our firm.” – Tina Russell, Reed Smith

Edgewater brings nearly a decade of industry experience helping law firms and companies source compatible talent for their hiring needs. We purposefully remain lean to mitigate conflicts, allowing us to provide clients with the most comprehensive search available in the marketplace.

Learn more about our results

“There is no hesitation on my part in heartily recommending Nick – he is, quite simply, excellent at what he does.” – Bill Choe, Partner, Paul Hastings 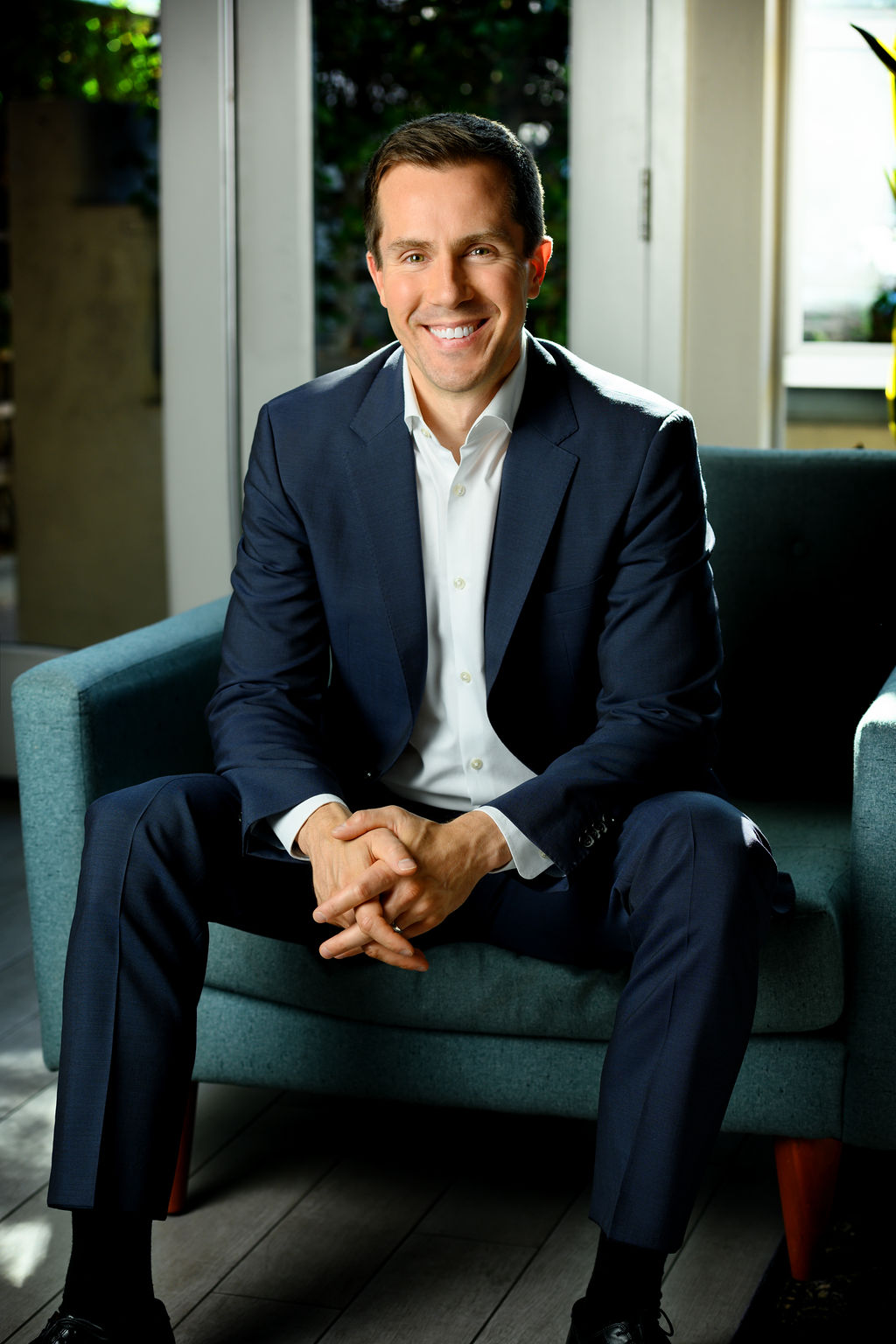 Edgewater’s team of specialists is led by its founder, Nick Goseland, one of the top legal search experts in the nation. His deep understanding of the national market, along with his considerable connections with both firms and companies throughout the US, has led him to be recognized by numerous prominent institutions and legal publications, including Harvard Law School, Bloomberg Law, Above the Law and Law360.

Eric Rabichow oversees Edgewater operations and specializes in high-level in-house and strategic private practice placements. He is the former COO of a private equity backed consumer goods company where he helped to drive unprecedented growth, leading to its sale in 2016. Leveraging his first-hand experience hiring top talent, Eric forged a niche in Recruiting as a CPG hiring specialist before joining Edgewater.

Eric earned his B.A. from the University of California, Santa Barbara, holds a certificate in Executive Coaching, and is fluent in Spanish. He is a member of the COO Forum, a professional association for COO’s and second-in-command executives. 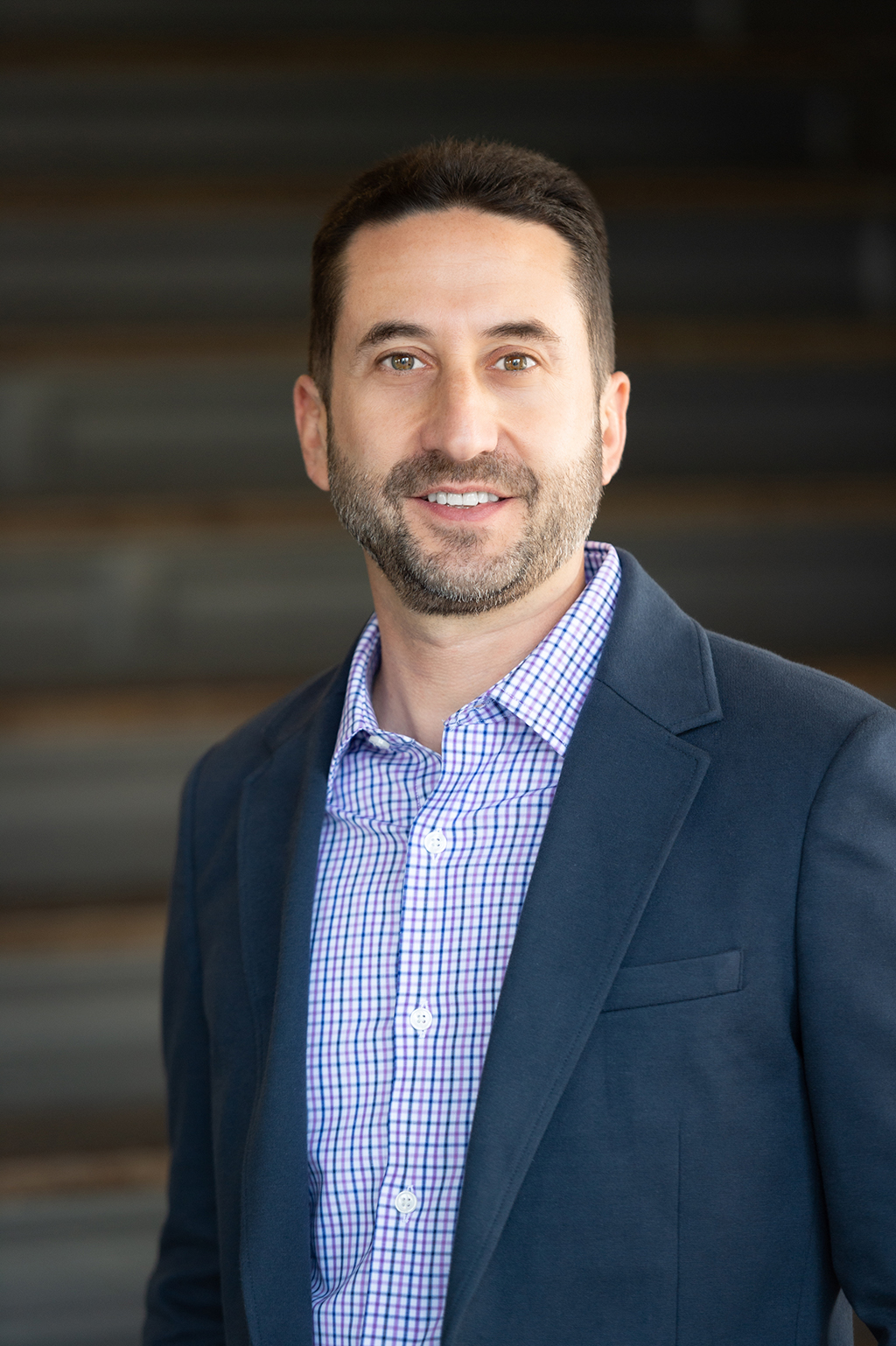 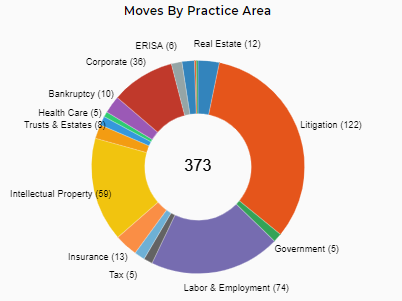 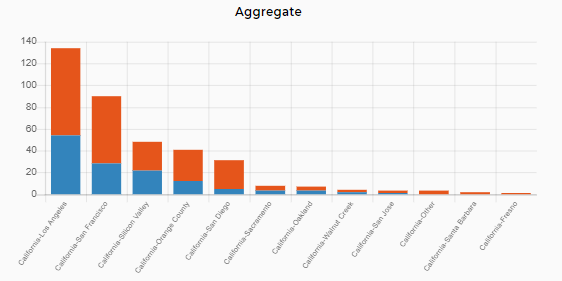 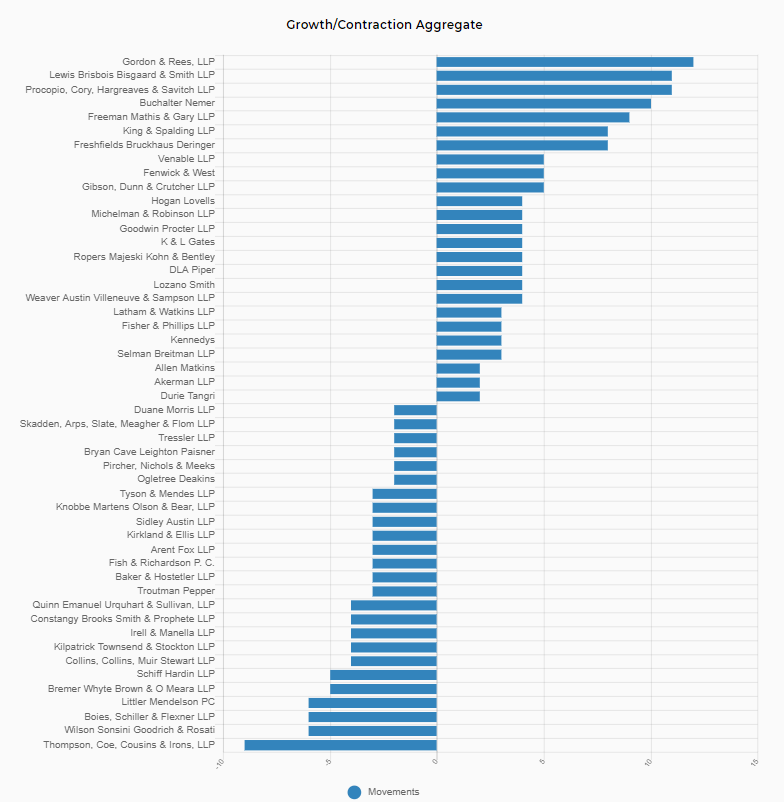 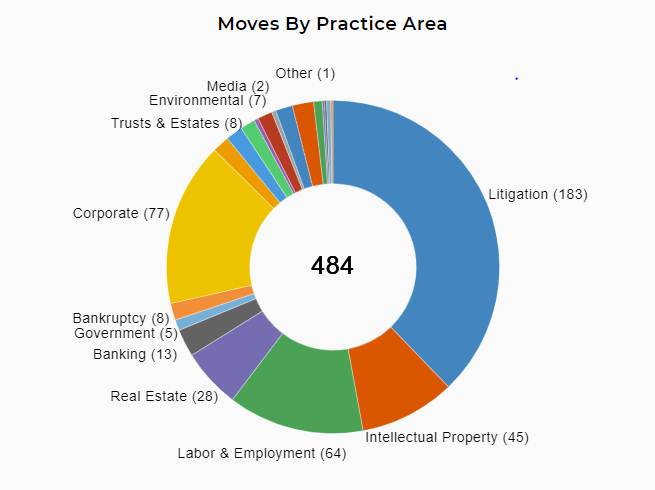 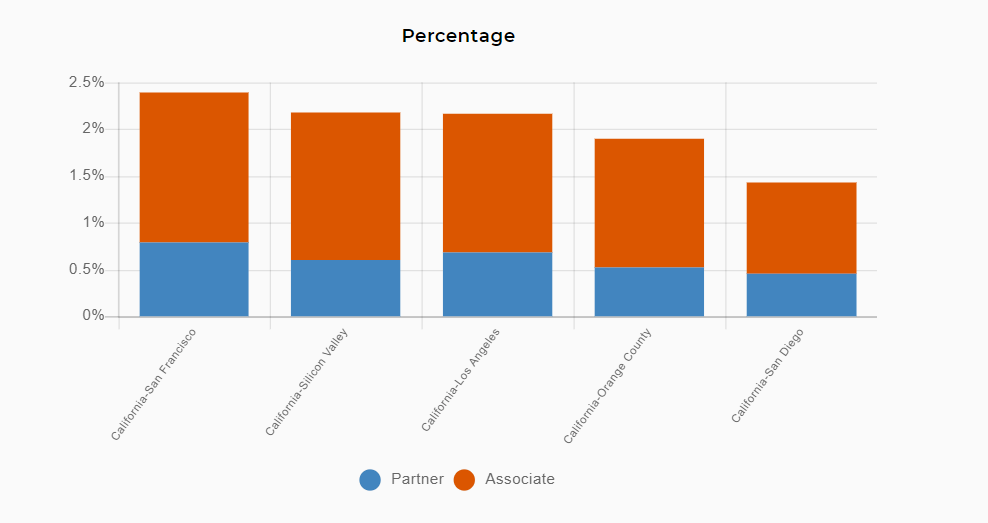 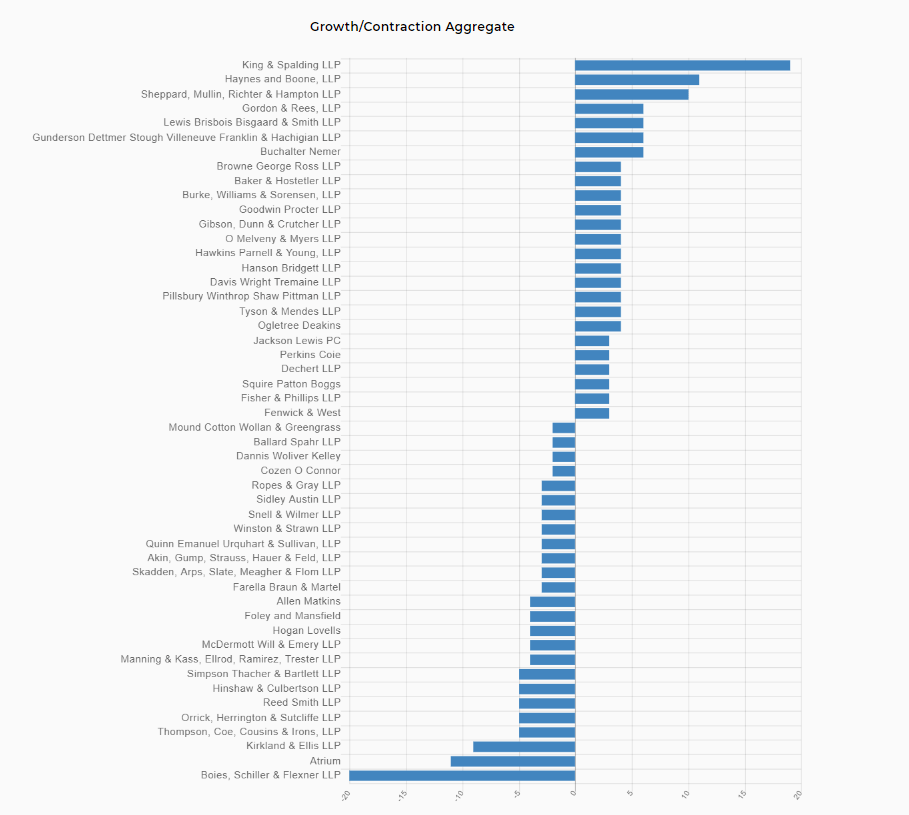 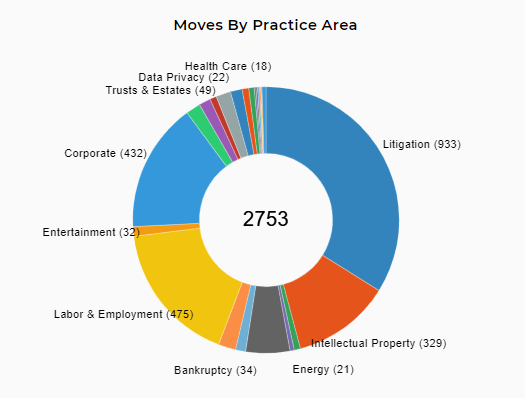 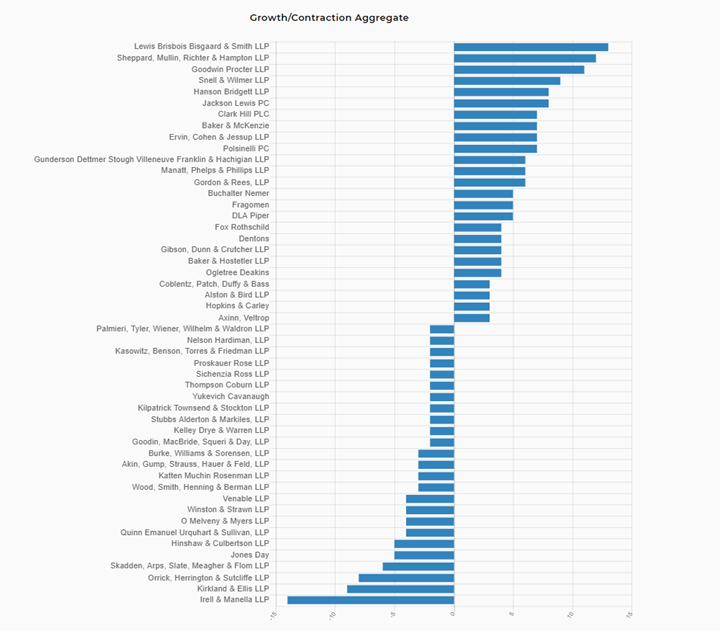 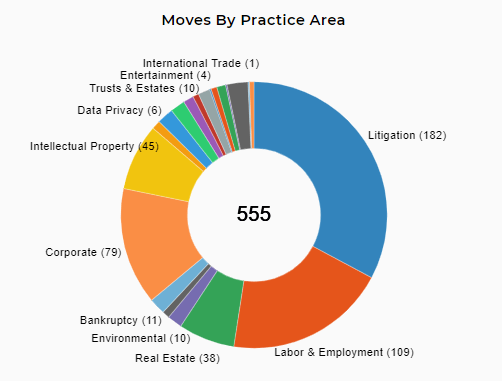 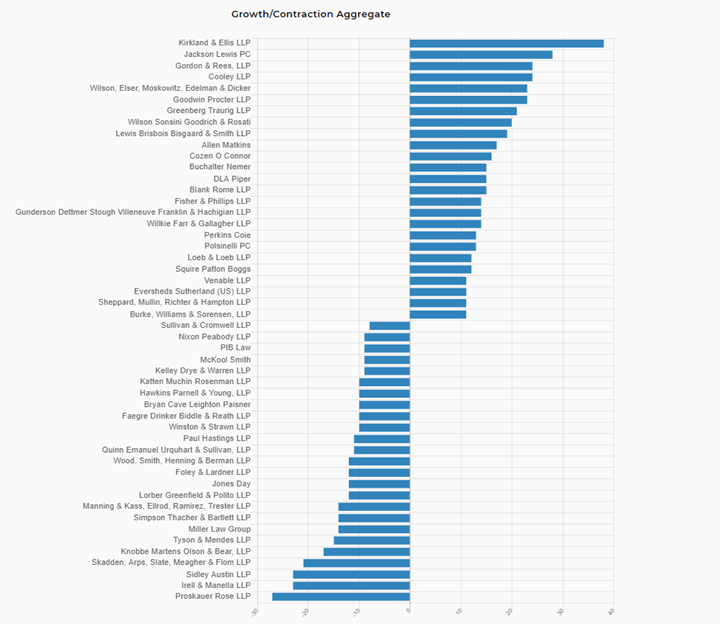